There are to be four videos in all, with the third and fourth landing on July 14th and 21st respectively, ahead of its big reveal the following week. There seems to be a theme here, as we are treated to little snippets of details on a weekly basis.

Polaris is better known for its extreme vehicles, such as ATVs, and snowmobiles, and are about to offer something new, which looks set to big a huge hit with thrill seekers during the summer.

From what we have seen in the photos and first teaser video, the Slingshot will be a three-wheeled vehicle, with the solo wheel expected to be at the rear. However, all that we know is based on pure speculation and a video that goes so fast you are left feeling a little light-headed after. 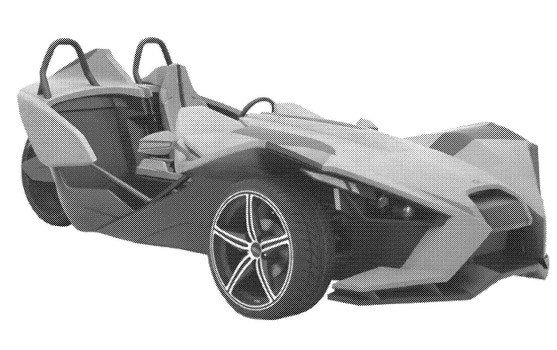 We have no details as to the Polaris Slingshot engine, price and how it will compare to its nearest rivals, two of which are certain to be the Ariel Atom and KTM X-Bow.

Seeing as though prices for these sort of vehicles have been going up at an alarming rate, we don’t expect you will get much change from $20,000, which could price many thrill seekers out of the market to purchase one.