We can see that the anticipation for the confirmed Pokemon Z release date is sky high at the moment. What is making matters worse though is the recent influx of fake Twitter accounts, which have been set up purely with the purpose of trolling unfortunate Pokemon fanatics.

Everyone wants to know when Pokemon Z is out in 2016 and it seems to be Nintendo’s worst kept secret at the moment with Pokemon Z seemingly being the next game in the series after X and Y.

Now though, we bring a word of warning to you – don’t get fooled by the daily ‘confirmations’ of Pokemon Z coming out in 2016. 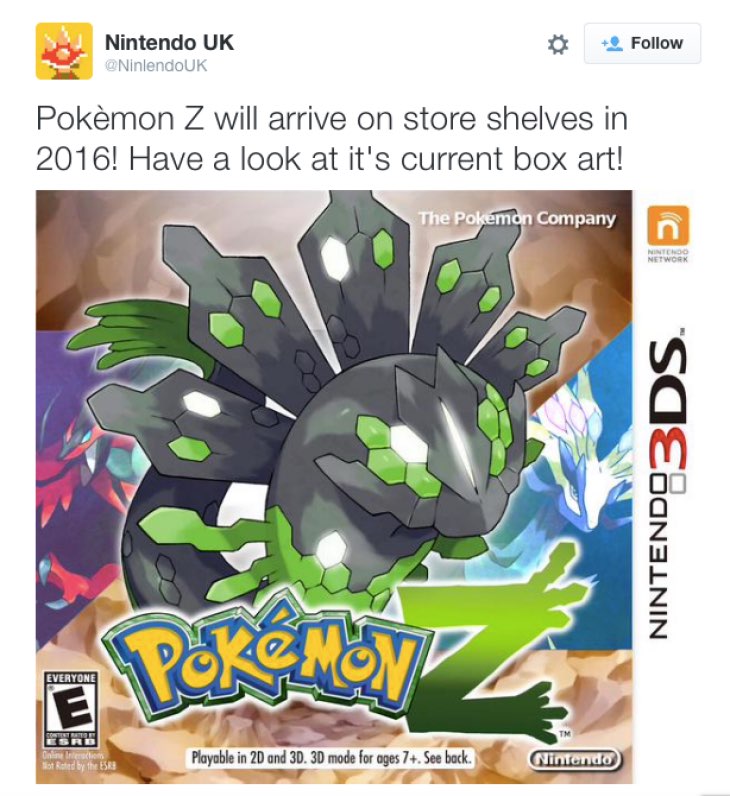 Many have already been fooled by various Twitter handles such as ‘Ninlendo UK’ – even Destructoid who jumped the gun early, based on a Tweet which we’ve added above.

It’s amazing to see the lengths that some of these accounts are going to, to trick users. Then again, it is easy to fall for it if you are just casually browsing on a mobile and fail to examine actual Twitter handles before jumping to conclusions. 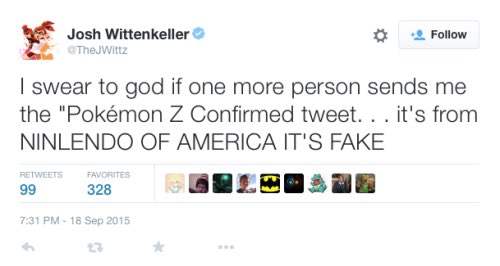 Admit it, have you fallen for this cruel trick this week or know somebody who has? Once we get the official confirmation of a real Pokemon Z release date, we’ll let you know.