As we wait for the next big Pokemon X and Y news reveal, which could now come at Nintendo’s E3 press conference this June, we have some new rumors to share with you regarding Sylveon’s type. As most of you know, Nintendo has yet to reveal this crucial piece of evidence about the latest evolution of popular Pokemon Eevee.

If you have watched the official teaser trailer for Sylveon, you would have seen some of the creature’s new abilities on offer, although no confirmation from Nintendo or Game Freak yet on what type they belong to. Now, fresh rumors from Poke jungle suggest that Sylveon will actually be a Fairy type Pokemon – a type that a lot of you had already predicted from the start.

Not only that, but the same source also claims that Xerneas, one of the new Pokemon X and Y Legendary creatures will belong to the Fairy type as well, which is obviously interesting if true. We also hear related whispers that Yvetal will become a Dark / Flying type Pokemon, which seems very logical to us given the teases we have seen so far. 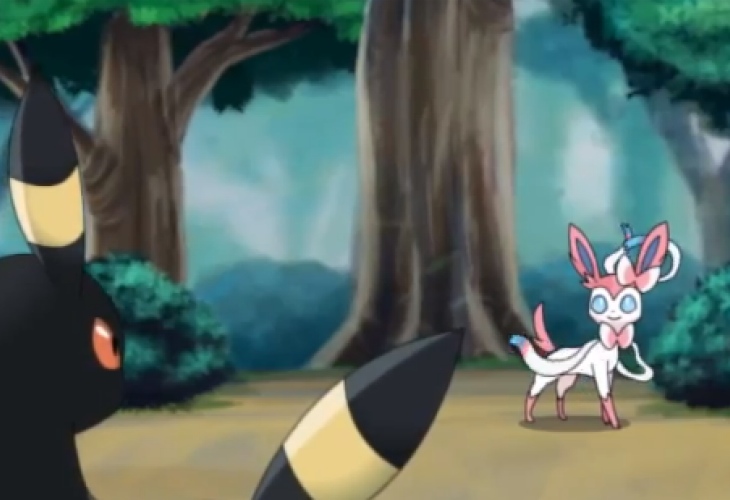 What do you make of Sylveon possibly being a Fairy type though? Did you expect this as well, or were you hoping to see a different class altogether? We have a feeling that Nintendo will reveal all very soon, but it has to be said that they are beginning to frustrate many Pokemon fans with their recent silence.

As we ponder these latest revelations on Pokemon types, take a look at the rather excellent fan made video above, which shows Sylveon in battle against an Umbreon – it looks great. It looks very professional, but remember that it is fan-made, so it isn’t anything official from Pokemon X and Y.

Should Sylveon be a Fairy type or not?