Last month we told you that Pokemon X and Y players would be able to get their hands on a Pokemon X and Y Shiny Gengar code free of charge, with no purchase necessary at GameStop.

Now, we are pleased to confirm that the code distribution is now live and as we expected – the generosity of the Pokemon community is too. Typically you would need to head into your local GameStop score and pick up a card yourself, but thanks to social media, kind players are already dishing out codes.

Shiny Gengar is now up for grabs and those who obtain this version will get moves such as Shadow Ball, Sludge Wave, Confuse Ray and Astonish, as well as a Gengarite needed to transform Gengar into Mega Gengar. 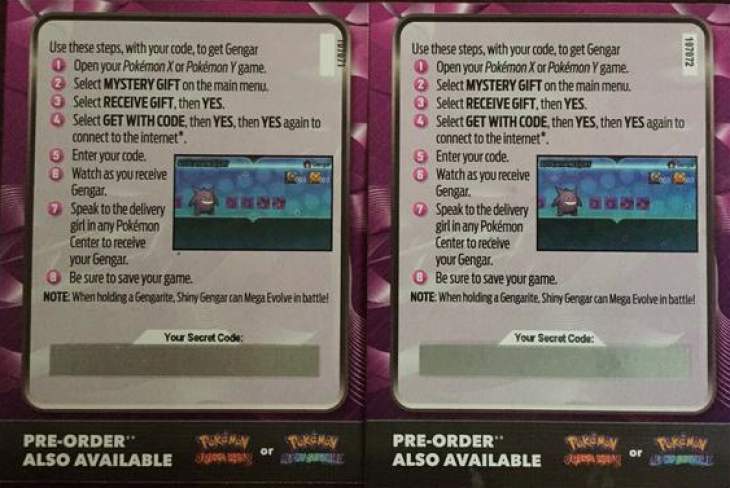 If you don’t want to head into GameStop but are still desperate to get a code, your best bet is to keep an eye on Twitter as users are handing out codes freely as we speak.

I have an extra Shiny Gengar code! Favorite this tweet and I'll pick someone at random to give them the code!! pic.twitter.com/MT4A5ehOH6

YO if anyone that owns Pokemon X or Y wants a code for a shiny Gengar w/ megastone HMU (really though, I have an extra code)

You may get lucky and grab one when someone is feeling generous. Alternatively, you could just ask for one below and you may get fortunate with those who already happen to have a few spare codes right now.

Once again, this is a free giveaway so if you can head into GameStop you should, since you won’t need to buy anything to get the code.