If you are feeling starved of official Pokemon X and Y news from Game Freak, allow us to chime in with this gem of a discovery over at Deviant Art. A talented artist has taken matters into his own hands, creating a ‘Fakedex’, full of amazing Pokemon creations that certainly wouldn’t look out of place in Game Freak and Nintendo’s upcoming 3DS game.

It’s no secret that information on the game has been pretty non-existant, with the recent Mewtwo form news serving as the only snippet of info for the game, leaving Pokemon X and Y fans very frustrated in the process. As we await possible details and new gameplay at E3 2013 in June, Deviant Art user DanielDnA has a batch of wonderful Pokemon designs for you to browse upon to pass the time.

Featuring a total amount of 116 entries for new Pokemon, Daniel’s ‘Fakedex’ features designs that developers Game Freak would be proud of – certainly the most authentic looking Pokemon creations that we have seen among all of the recent leaks. Such examples include ‘Blitzerine’, a thunder fury type Pokemon with the ability to create shockwaves to paralyze prey upon contact.

There’s also an excellent design that we particularly like for Kniferros, a Steel type Pokemon that bears a resemblance to Aggron, an evolution from Lairon and Aron from the Pokemon Ruby and Sapphire games. If you study through the Fakedex carefully, you’ll argue that some of the designs even look better than some of the official creations from Game Freak. 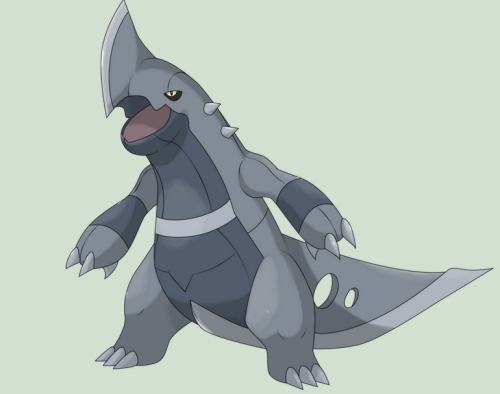 True Pokemon fans will definitely appreciate the effort that has gone into these designs, so have a look at the beautiful artwork and let us know what you think about them. Should Game Freak get some inspiration from this Pokedex in your opinion, or even better – hire DanielDnA on the creativity team?

Let’s hope some official news is coming soon, but we love seeing fan work like this in the meantime.