Earlier this week we told you that some Pokemon X and Y players could enjoy Giratina thanks to gaining early access to the Pokebank. Now, it gets even better as the Pokemon X and Y Pokebank also means that Mew is available in the game as well.

Unfortunately though, you won’t need us to remind you that Nintendo are still maintaining their silence on the global Pokemon X and Y Pokebank release date. At the moment, only limited players with a Japanese version of the game can enjoy the bank, allowing Pokemon such as Giratina and Mew to be playable in Pokemon X and Y.

As a result, we’re pleased to be able to bring you some early gameplay showing Mew on the Pokemon X and Y engine. The footage comes courtesy of YouTubers PimpNite and SuperBlah411 and allows you to see what Mew looks like in 3D – it’s a lovely sight. 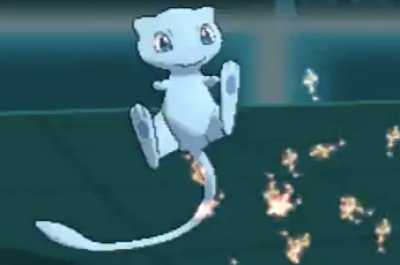 It’s another reminder of the luxurious Pokemon that all bank users will be able to bring over from previous gen games once the bank finally goes live.

Enjoy the footage and let us know which Pokemon you will be sending over with the bank and poke transporter. Do you have a Mew ready to transfer to Pokemon X and Y? Any update would be nice this week Nintendo.