During E3 week, we told you that Nintendo were planning to unveil fresh Pokemon X and Y news during a special episode of Japanese weekly show Pokemon Smash. The episode has now finished airing and for those that didn’t manage to watch it live, you’ll be pleased to hear that we now have the full replay stream for you to watch again.

Unfortunately though, it seems to us that the Pokemon X and Y special on Smash was largely used as a recap event to remind the Japanese audience of all of the new Pokemon X and Y information that was revealed at E3 2013 – both from the live roundtable event and also by Nintendo in their Direct broadcast videos.

If you missed all of those though, then this video we have for you above should be excellent since it contains a lot of new gameplay and Pokemon reveals that you may have not seen yet. For example, series director Junichi Masuda is featured on the show and he reveals in a series of picture cards, new Pokemon such as Litleo, Spewpa, Vivillon, Noivern, Talonflame, FlabÃ©be and Scatterbug. 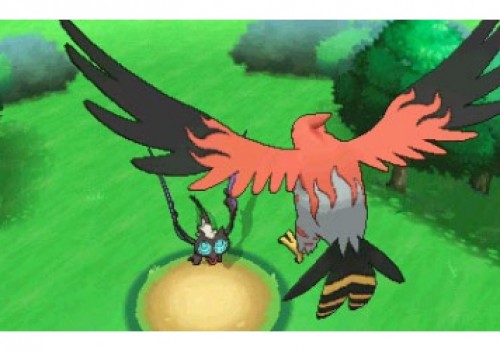 These are creatures that you may have already seen revealed during E3, but you’ll find pictures of each as well as useful stat information showing type, at the official Pokemon website here – including evolution details for Scatterbug eventually evolving into Vivillon.

During the stream there’s also another confirmation of the global October 12 release date, and another peak at the new mysterious forme of Mewtwo – still no conclusive details on the creature yet though. While it is obviously hard to follow with the dialogue since it’s all in Japanese, the brief new gameplay clips of the new Pokemon in action should make it more than worthwhile.

Check out the whole episode above and let us know what you are still waiting to see revealed for Pokemon X and Y. Which has been your favorite Pokemon reveal so far?