In anticipation of the massive Pokemon X and Y news update that is coming to E3 2013 next month, we have a very brief snippet of new gameplay for you to enjoy. Helioptile has already been confirmed as a new Electric type for Pokemon X and Y and now you can see the creature perform of one its attacks for the very first time.

It’s amazing to think that Pokemon X and Y is going to be released worldwide in October for the very first time, ensuring that everyone can enjoy that moment of happiness when picking up the game on launch day. Nintendo and Game Freak recently confirmed that they are heading over from Japan, to the US to hold a special Pokemon X and Y roundtable.

This roundtable will see the main developers from Game Freak discuss areas of the game that we’ve haven’t heard before, whilst hopefully revealing some more brand new Pokemon as well. Helioptile is one of the four new Pokemon that were announced recently, and we have been able to catch a glimpse of the creature in a new gameplay clip. 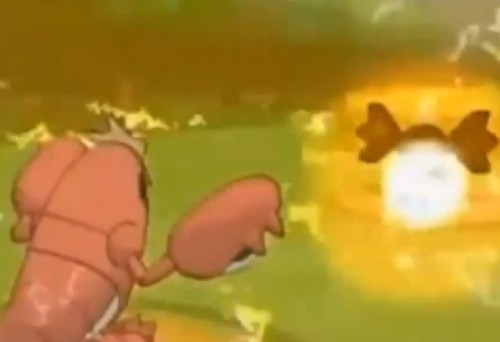 The latest episode of Pokemon Smash had a brief segment on Helioptile, and you’ll be able to see the creature perform one of its electric attacks against a helpless Crawdaunt – the crab-based Pokemon which you may remember from Pokemon Ruby and Sapphire. Unfortunately, the clip is very short – but it does provide a new teaser for those that haven’t seen Helioptile in action.

Nintendo obviously doesn’t want to give away too much until E3, but the event in a few weeks time promises to be something special indeed and a must-watch for all 3DS owners looking to pick up Pokemon X and Y in October.

Out of Helioptile, Pancham, Fletchling and Gogoat, which is your favorite new Pokemon out of the four and why?