For Pokemon fans, the highlight of E3 2013 wasn’t brand new next-gen consoles from Sony and Microsoft, but an extended news showcase on Pokemon X and Y thanks to a roundtable event. Lots of new details on the upcoming 3DS game were revealed, notably a new trailer which confirmed an official release date for Pokemon X and Y and showed some brand new gameplay teases.

One of these which you may have missed was a very brief segment which showed the legendary and fearsome Charizard in a 1vs1 battle with new Pokemon X and Y legendary Pokemon Yveltal. The rumored flying dark type Pokemon will be available for those picking up Pokemon Y and now we know the global release date for both games will be October 12.

In a new announce trailer released by Nintendo, we see brand new gameplay for Pokemon X and Y, including a better look at some of the 3D environments that you’ll travel across – which have to be said look very similar to certain locations in Paris. It was at the very end of the trailer though that caught our eye, revealing a brief battle sequence between Charizard and Yveltal. 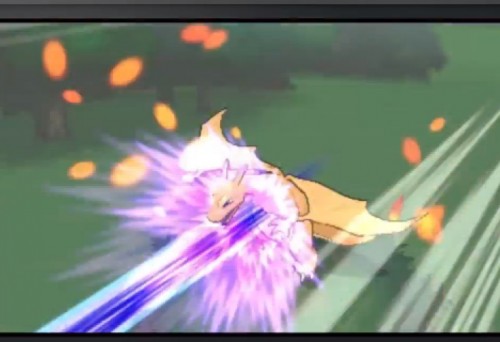 Based on the video, it looks like Charizard has more than met its match as well, with Yveltal unleashing a very powerful attack that Charizard takes full in the face. Charizard fans may not be too happy about this, but they’ll obviously have the chance to reverse the outcome by picking up the game in October.

Will Yveltal and Xerneas end up being the only two legendary Pokemon in X and Y, or will Game Freak include a few hidden extras that they want Pokemon fans to find out for themselves? Check out the brief gameplay above – the Charizard battle comes right at the end.

Do you think Game Freak wanted to send a message out that Yveltal will end up one of the most powerful Pokemon in the whole game?