We could be hours away from getting some official Pokemon Sun and Moon news on the confirmed starters for the game. We have some official details from Game Freak to bring you now, which is well timed after a certain leak frustrated much of the community recently.

If you have been keeping up with rumors for the next Pokemon game, you’ll know that the following image below was widely circulated on social media – appearing to leak the Pokemon Sun and Moon starters.

For those that still don’t know though, this image has since been marked as a fake despite the very nice design created by Lucas Costa over on Deviant Art. 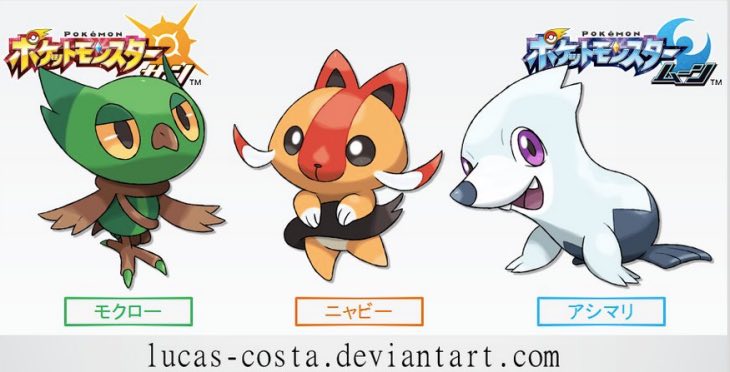 The good news is that Junichi Masuda has sent out word on Twitter that there is going to be a special announcement on Tuesday May 10 at 11am Eastern Time, 8am Pacific Time and 4PM UK time. 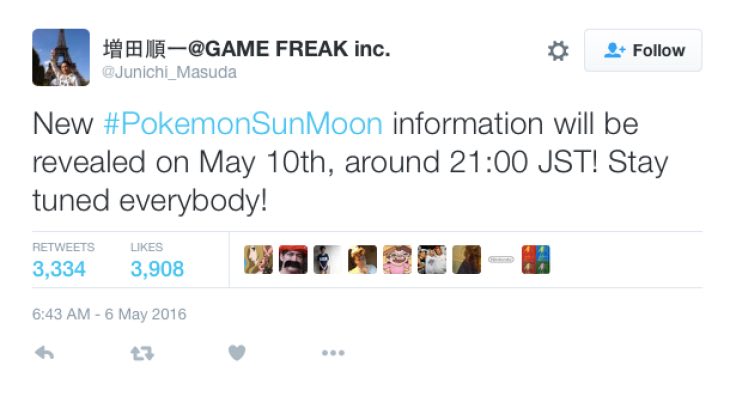 No details on what the information will be, but obviously it makes sense to at least tease the real Pokemon Sun and Moon starters for fans to get excited about for the Holiday season.

We have a feeling the release date will not be announced until E3 2016, but let’s wait and see what happens at the event. Can you admit to believing that the leaked image was real?

Who do you want to see as Pokemon 7th gen starters if you could have a say?