There has been a big Pokemon shock today, with the unveiling of a new Pokemon Sun and Moon trailer. The main talking point to come out of it however, is a new Exeggutor form which completely transforms the creature into something that looks borderline ridiculous.

Take a look at the images here to see for yourself. Some have said that they love it, but it seems the majority of social media are united in saying that this is a rather sudden change that they are not ready to see.

Exeggutor’s new Alolan form in Pokemon Sun and Moon will give the creator the Frisk ability and its new form will allow it to attack opponents with its long neck. 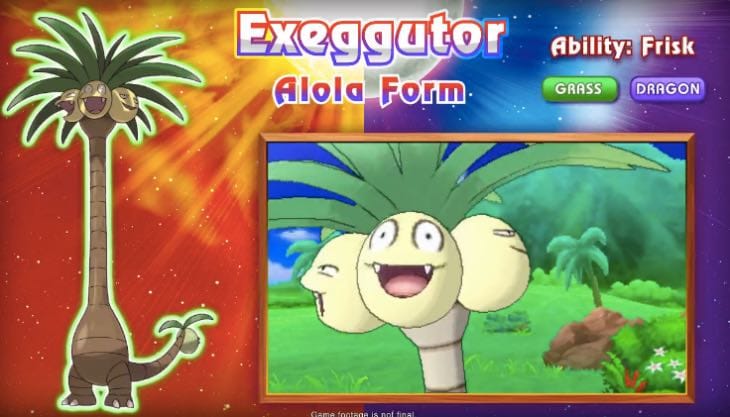 We’ve added the Sun and Moon trailer directly below, so you can see the Exeggutor reveal as well as plenty of other new content that is coming in November.

What are your thoughts on this new Exeggutor look in Sun and Moon – leave a comment below simply telling us if you love it or hate it!