We have some fantastic news for Pokemon ORAS players who have just started their journey on Nintendo 3DS. We can confirm that there is no Pokemon ORAS Shiny legendary lock, meaning that you can get the likes of Shiny Rayquaza and others without restriction.

We have evidence to show you as well in case you need confirmation on this. Some players have already been extremely lucky, like the video below which confirms the capture of a Shiny Regice in Pokemon ORAS – one of the three legendary golems of Hoenn.

As most of you are aware, Shiny legendary Pokemon are locked in Pokemon X and Y. Game Freak has done this on purpose within the code, usually with the explanation being that the shiny versions of these rare Pokemon are instead saved for Events – Arceus and Diancie as prime examples. 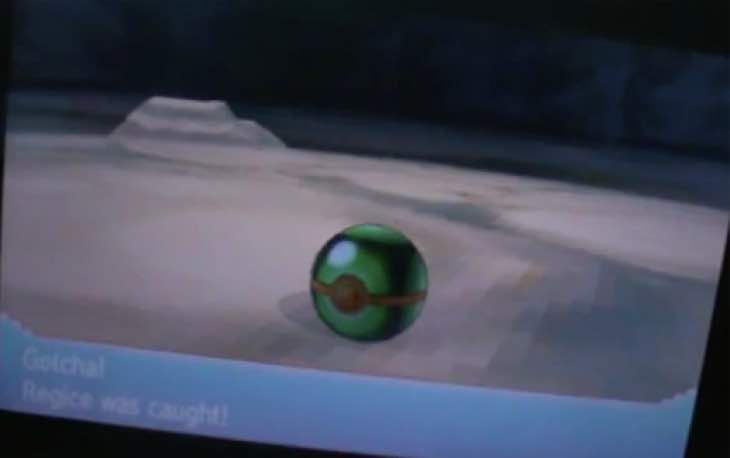 With Pokemon Omega Ruby and Alpha Sapphire, shiny Legendary Pokemon appear to be completely unlocked and free for all. Watch the video below as evidence and you’ll see the moment when one player manages to encounter and capture a shiny Regice.

It’s a wonderful moment to savour indeed and actually this could be one of the first instances of a confirmed Shiny legendary capture live on video for Pokemon ORAS.

Let us know what you think about this and what Shiny Legendary Pokemon in ORAS you have been able to catch so far.