After weeks of anticipation, we are pleased to see that Pokemon ORAS is now available to buy! For those that are just starting, we have a quick heads-up for you with a full Pokemon Omega Ruby and Alpha Sapphire Pokedex, which has been updated for 2014.

The game is set in the same Hoenn region as Pokemon Ruby and Sapphire of course, but developers Game Freak have remade the game with many improvements.

Notably the addition of Pokemon ORAS Mega Evolutions, including the likes of Mega Rayquaza, Mega Sharpedo and Mega Diancie – the latter of which needs to be first obtained by capturing Diancie in Pokemon X and Y. 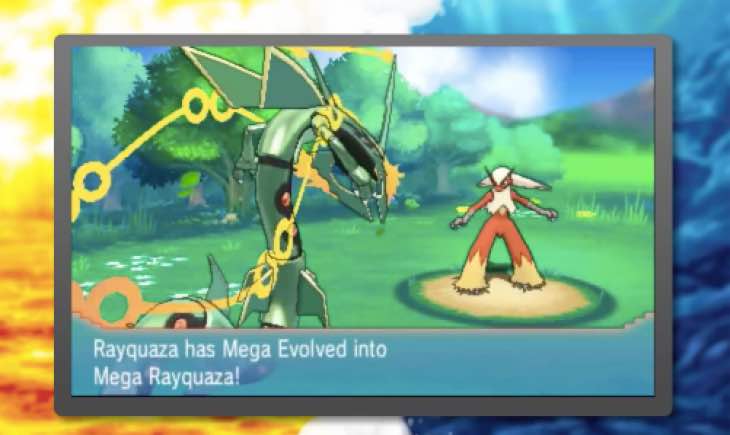 For those that didn’t play the Ruby and Sapphire, we can remind you that there will be a total of #211 Pokemon on the Pokemon ORAS pokedex, the last of which gives the honor to Deoxys who is number 211.

Other notable inclusions are Latias and Latios at numbers 205 and 206 respectively. These Pokemon also have mega evolutions, most of you will know this already since they were leaked during Pokemon X and Y.

Serebii has all the information you need to get started on your Pokemon ORAS adventure. You’ll find the Pokemon ORAS Hoenn Pokedex in full here, while the new Pokemon ORAS Mega evolutions list can be found here.

We imagine that most of you are literally just coming home from a Pokemon ORAS midnight release. Let us know which stage you are at in the game at the moment and what you think so far.