We have some really exciting Pokemon Omega Ruby and Alpha Sapphire news to share with you now. A new mega evolution for the game had been hyped for weeks and now we can confirm that it is going to be the Pokemon Mega Metagross.

This is a Pokemon that featured in the original Ruby and Sapphire games, with Metagross being the result of two Metang achieving fusion. Now, the Pokemon Company has released a new trailer showing Mega Metagross as it will appear in Pokemon Omega Ruby and Alpha Sapphire later this year.

Not only that, but if you watch until the end you’ll also get a brief tease of Meta Metagross’s special move called Tough Claws as well. This move will increase the damage of physical attacks, whilst also offering a speed increase to Metagross too. 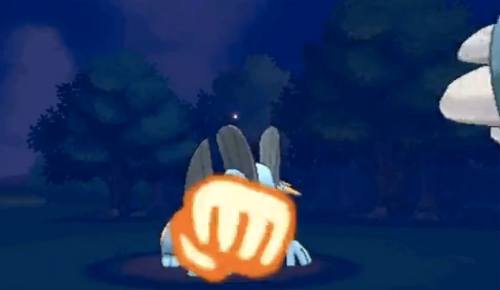 Our image above is a little tease of the new animation that will be available with Tough Claw – what do you think about this move? Mega Metagross looks pretty awesome in mega form, but what we don’t know yet is where players can obtain the Mega stone for Metagross – will it be called the Metagrossite?

Check out the new trailer below and give us your reaction to this new mega evolution – is it one of the best you have seen so far from Game Freak?