We can see that there is a lot of demand right now from gamers who are looking to download Magikarp Jump on Android. Sadly though, and not for the first time it looks like iOS has been prioritized for the initial rollout.

Magikarp Jump is a new game from mainstay Pokemon developers Game Freak, who you may remember way back from the Pokemon Red and Blue days on the Game Boy.

With the game not available officially on Android yet, it means that gamers will be frantically searching for a Pokemon Magikarp Jump Android APK download as soon as possible.

As you can see from the preview image below, the game has only hit iTunes in Italy so there is not a English download for Pokemon Magikarp yet at the time of writing. 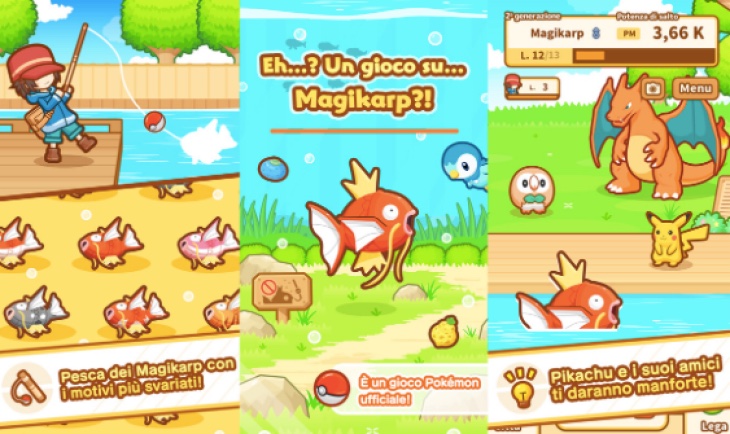 We know that an APK for Pokemon Go was made available soon after launch, so we have a feeling that Android users won’t be waiting long for their APK to become available.

If it does, we’ll give you a heads-up on this but for now let us know how big the demand is for this game.

Do you need the APK for Pokemon Magikarp on Android right now or are you happy for iOS users to test drive first?