Another week has passed and sadly for Pokemon Go players it is another week of silence regarding the Pokemon Go Valentine’s Day update for new Generation 2 Pokemon which many players expect are coming.

Information has been found inside game code to suggest that an update is planned around Valentine’s Day and will involve new Gen 2 coming to Pokemon Go. So far though Niantic has remained completely silent on this and have not given players any clues on Twitter.

As you can imagine, it is highly frustrating for the 2 million followers on the official page who are expecting the developers to interact with the community more and offer some kind of preview on what is planned for the game in terms of Pokemon Go 2017 updates. 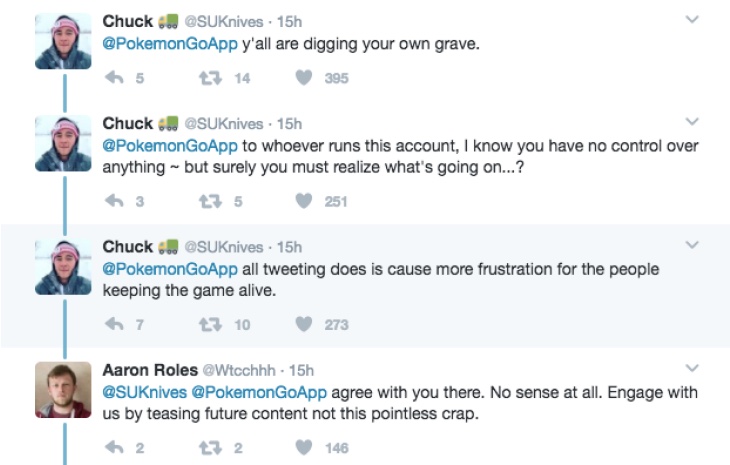 Instead though, followers have been fed with general questions about the game which has led to complaints from fans which you can read through here.

It is the same story on places like Reddit with some even saying that Pokemon Go is ‘dying’ and that it is on a fast decline due to a lack of interaction between developers and players and also the ongoing delays regarding official events and missing content such as Mewtwo, Legendary birds and Mew.

Do you agree that something needs to change with the social aspect of the game? Leave your thoughts below and check back soon when we will hopefully have some official news to share of the Valentine’s Day event.