There has been a new Pokemon Go update on both iOS and Android which is now available to download. For those that need a heads-up on what is new we have the list of changes for the Pokemon Go iOS 1.45.0 and Android 0.75.0 patches below.

It’s nice to see Niantic keeping up with regular gameplay updates to the app, on top of adding new Pokemon to the game which obviously many players are glued to right now.

For those that appreciate the smaller balance changes though, here is what is new as of September 18, 2017: 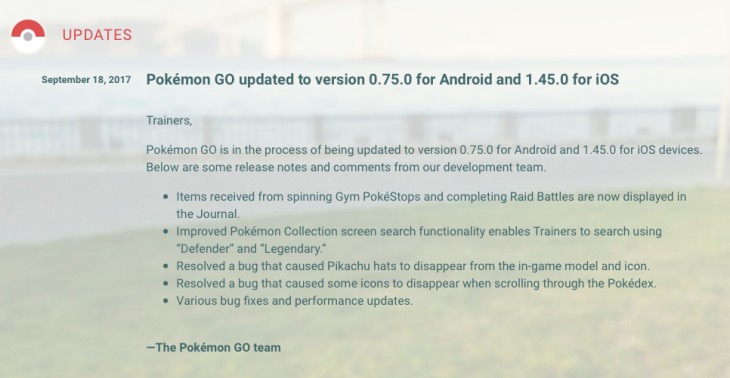 As you can see you are now able to see the items received from spinning gym Pokestops in your Journal which many of you will be happy about.

We think it’s also great that Niantic has managed to fix the bug which caused icons to disappear when browsing through the Pokedex.

Let us know what you think of these latest wave of changes and what you want to see in the next Pokemon Go update for October 2017.