We know a lot of you are still waiting to get your hands on Pokemon Go officially in the UK and other European countries, with fans still no closer to knowing the final release date.

This is obviously extremely frustrating given that everyone in the US is already playing the game and thousands have gone ahead and installed various Pokemon Go APK downloads out of sheer desperation.

It’s not much, but we can bring you this official statement from the team who say that they will be opening up Pokemon Go to other countries soon. 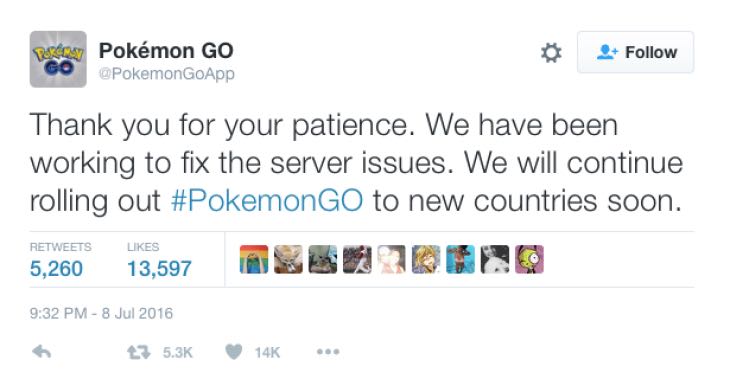 It’s a pity there’s no date attached, but given the amount of Pokemon Go server maintenance that we have seen since launch, it’s fair to say that NianticLabs have their hands full at the moment.

Are you waiting in the UK or Europe to play this game? List your country below and we’ll try to provide updates on when you will be getting the game.