Some very exciting developments have been made in Pokemon Go over the last 12 hours or so. Namely, confirmation that Shiny Pokemon are now being found in Pokemon Go with the first two, Shiny Magikarp and Shiny Red Gyrados available in the game.

We have the images to confirm both creatures existence in the game, along with some further details which may help you on your new quest to hunt down the Shiny Magikarp location in Pokemon Go which is what everyone will be doing this weekend.

Niantic cunningly did not even announce this either. The developers announced a Water Festival event for increased drop rates for Water types but left out the Shiny part for players to discover themselves. 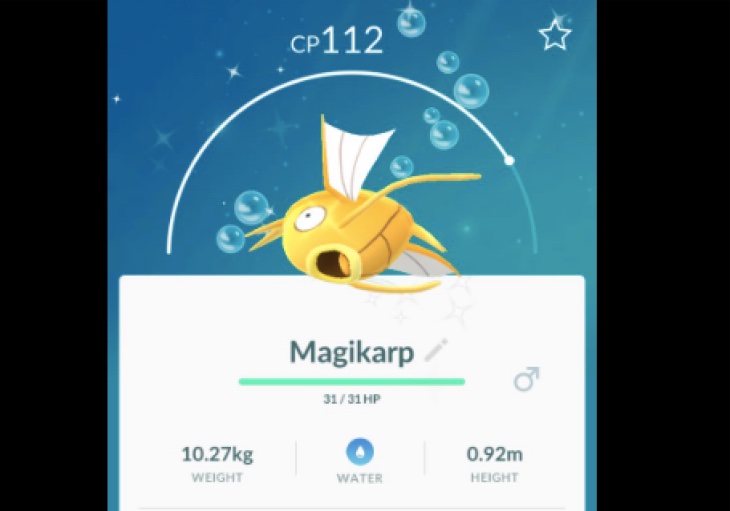 Here is what Shiny Magikarp looks like in Pokemon Go, note the golden color theme as opposed to the standard orange which you would get from a normal Magikarp.

Now, two important bits of information to consider: 1) There are only two Shiny Pokemon in Pokemon Go at the moment – Magikarp and Gyrados.

Secondly and this is a big one, Shiny Pokemon will not appear on the Pokemon Go map – they will only show as Shiny when you enter the battle!

This means that you basically need to encounter any Magikarps that you find and wait for your luck to come in when it turns out to be Shiny.

We are also expecting a new icon to appear on the Pokemon Go Pokedex to show you that a Shiny Pokemon Male or Female has been caught, but for now it appears that the icon is not live yet.

Do you need help on how to get Shiny Magikarp in Pokemon Go? If you have seen a location, leave it below to help out other players track it down!