It looks like there may have been a secret Pokemon Go update over the weekend, adding some significant changes to the game server side from Niantic Labs.

We say secret, as the game hasn’t been updated yet physically on the App Store which still remains at version 1.3.1 as of August 11, 2016.

However, take a look at the list of rumored changes to Pokemon Go, which was recently shared on Twitter and claims to ‘heavily’ improve the spawn rates of Pokemon in certain regions. 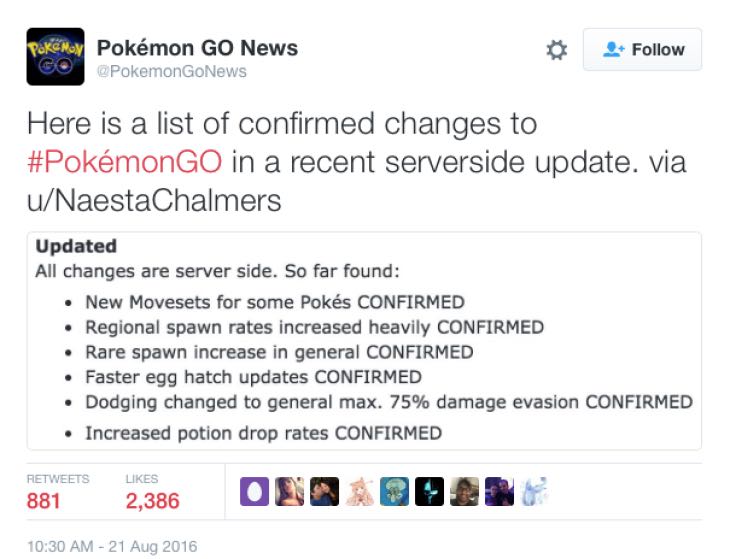 Also mentioned is faster egg hatches which is very interesting if true. Take a look at the rest of the notes above and let us know what you think about them.

Have you noticed changes to your egg hatching and Pokemon spawn rate? Leave a comment below and don’t forget to check when the next major Pokemon Go update is out here.