We know that there could be a massive update planned in December, but now we definitely have confirmation that there will be a Pokemon Go update this week, arriving on Thursday!

While Niantic has not announced anything yet, there appears to have been a big leak on Reddit to confirm that Pokemon Go and Starbucks will be partnering to offer a new Pokemon Go event this week.

This will lead to almost every Starbuck store in the US becoming a Pokestop or a Gym inside Pokemon Go. Furthermore, there is going to be a new drink available in stores which will be called the “Pokemon GO Frappuccino Blended Beverage”. 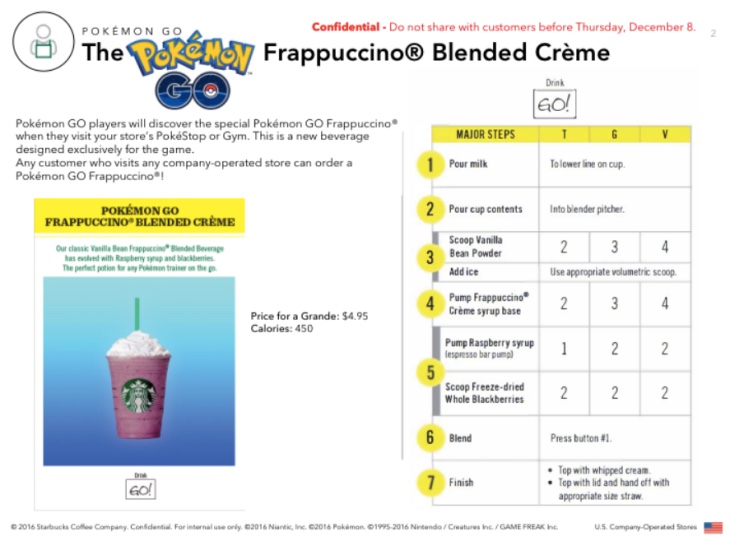 Above is a screenshot showing the leaked instructions that Starbucks employees have been receiving this week. Note the text above which states that the information must not be shared before Thursday December 8.

So the big question, is whether the previous rumors regarding Gen 2 Pokemon arriving this month along with possible trading features will arrive at the same time as this Starbucks event.

If it does, then it could be the most exciting thing to happen to Pokemon Go since launch and it could be amazing week to remember.

Let us know if you are excited and what you think will happen. Do you live near a Starbucks and will now spend most of your times inside stores?