Months have past since Pokemon Go’s launch and now we can see that players are definitely starting to feel the frustration on the continued Pokemon Go Mewtwo release date silence.

Developers Niantic Labs have still not given out any solid information on how to get Mewtwo in Pokemon Go, or indeed any of the other missing Pokemon Go creatures such as Mew, Zapdos, Ditto, Moltres and Articuno.

As you see from some hilarious feedback we picked out for you on Twitter, fans are literally dreaming every night of catching Mewtwo in Pokemon Go during their sleep. 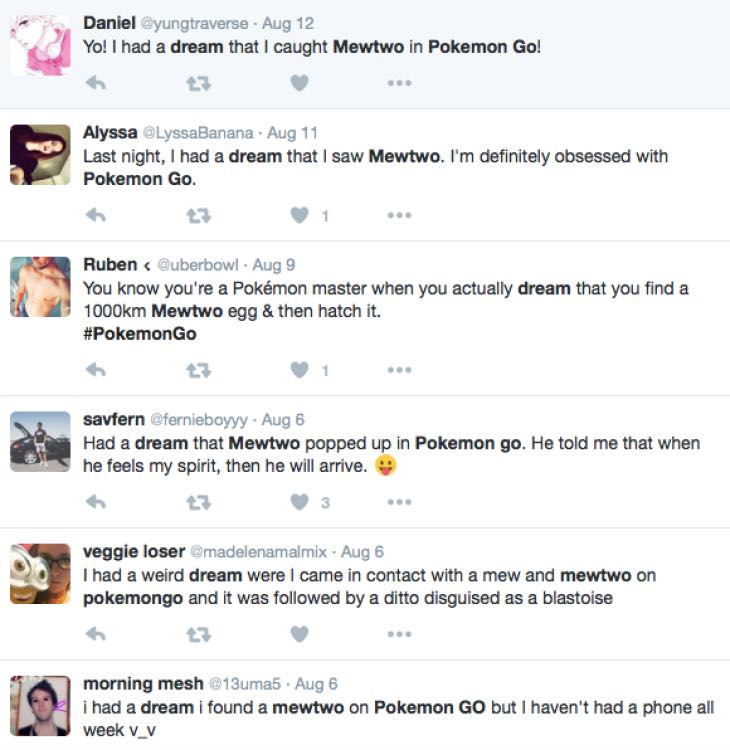 It seems a bit strange that we haven’t heard at least one proper statement regarding the missing six, but then again Niantic may not have foreseen the amount of hacking and third-party Pokemon Go apps that threatens to ruin the experience for ‘genuine’ players – in other words, they are obviously very busy right now.

What are your thoughts on the silence, do you agree that it is time to give at least a small update on when Mewtwo, Mew, Ditto and the three Legendary Birds are coming to Pokemon Go?

Leave a comment to tell the developers how you feel.