When the new Pokemon Black and White titles released in Japan earlier this year, U.S. and European gamers were told they would have to wait until the spring of 2011 for their release date. That’s all fans knew however, as a specific launch date was not given.

However, we have now heard reports that GameStop has revealed the U.S. release date for the upcoming Nintendo DS titles. According to an article by Thomas Worthington over at gamerzines.com, a GameStop flier suggests the games will be released on Sunday, April 17th, 2011. 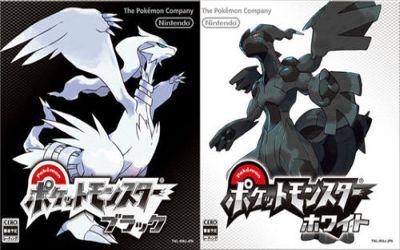 Both games were launched in Japan in September of this year, and have already sold over 4 million copies to date. In fact, as we previously mentioned in an earlier article, Pokemon Black and White received a perfect score of 40 out of 40 by popular Japanese publication Famitsu.

Although the revealed release date has not been confirmed by Nintendo as of yet, many fans will agree that it is a high possibility. Riley Little over at gamerant.com makes a valid point, by saying that Nintendo quite often launches their titles on a Sunday, which is of course the day that’s been rumored.

Do you believe that the games will be released on April 17th? Are you looking forward to playing them on your Nintendo DS?