We could be in for a very exciting week now, with Pokemon Sun and Moon players firmly expecting Nintendo to finally reveal the Pokemon Bank release date this week.

Many players had expected the essential transfer tool to be available at the start of January but so far Nintendo has kept players waiting with next to no information.

You can see from the live feedback we picked out on Twitter today, that players are expecting Pokemon Bank to come out at any moment. 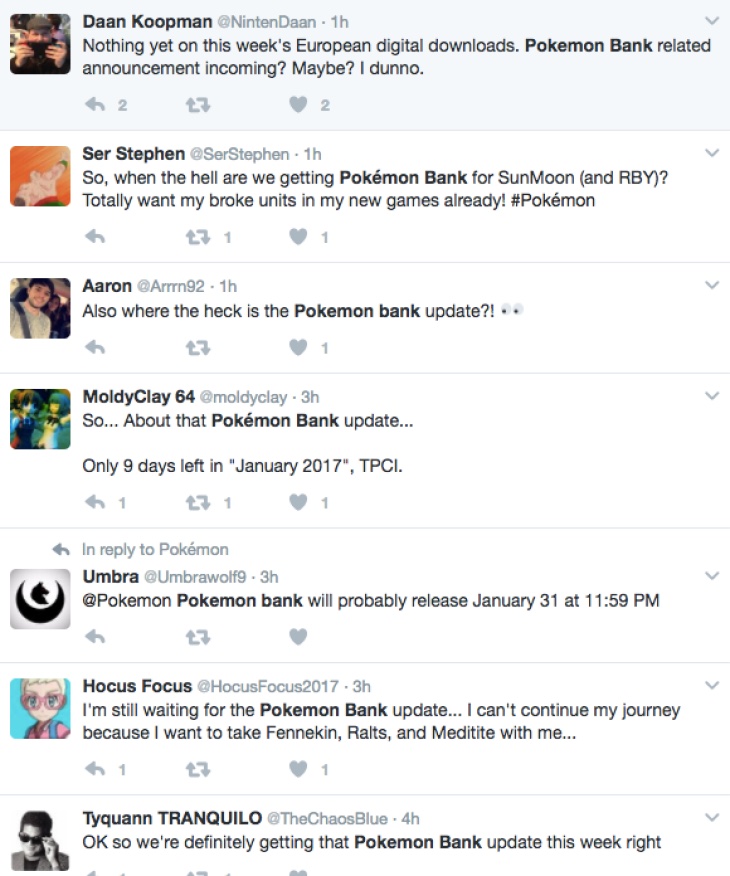 Remember that Nintendo has already said that January 2017 is when the program would be out and if there was going to be a delay for it we would have heard by now.

This Friday would be January 27 so surely it is going to release by then and not make players face the agonising wait of a January 31 release on Tuesday.

Do you believe that the Pokemon Bank for Sun and Moon is coming out this week? Let us know if you are frustrated below! Where are you playing from and which Pokemon will you transfer first?