If you are using popular third party apps for Pokemon Go such as PokeAlert and Pokemon Go Radar, we have a word of warning to you that continuing to use them may result in a permanent Pokemon Go ban.

We know some of you have been banned recently and are very unhappy about it, but we have the reason why it has happened.

Everyone is racing to download Pokealert or Go Radar on iOS and Android at the moment, but you may want to just play normally before you regret it. 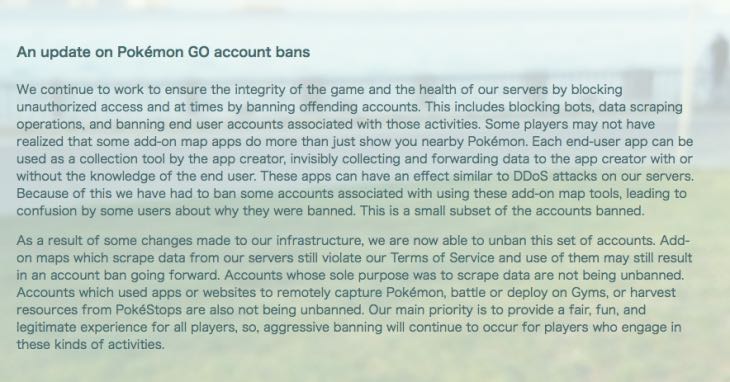 Consider this a heads-up from us to not give in to the dark side and just play normally like other legit players. The fact there are two exact apps called Pokealert with one clone should tell you that it’s unlikely both will stay around forever.

Was your Pokemon Go account banned recently? If so, you might now know the reason why Niantic did it – give us your thoughts below, where do you stand on the third-party debate?