Real Madrid has its sights on the Champions League final in June, 2015 with the next football match taking place today at 7:45PM BST. Tonight, we will see Real Madrid vs Juventus and in true EA Sports style we see the game being featured within FIFA 15 on PS4 and Xbox One.

As always, when the Match Day Live feature within FIFA 15 promotes the next big game you will see a few predictions land on YouTube. One such video can be seen below this article, it features Juventus Vs Real Madrid in a Champions League game that takes place on the PS4 in HD.

In this particular prediction Juventus beat Real Madrid 3-1. The goal scorers include Gareth Bale and Paul Pogba taking one each, also Fernando Llorente scores two goals for Italian club Juventus F.C. This isn’t the expected outcome for Carlo Ancelotti, or many fans, but we’d love to hear your predictions in the comments. 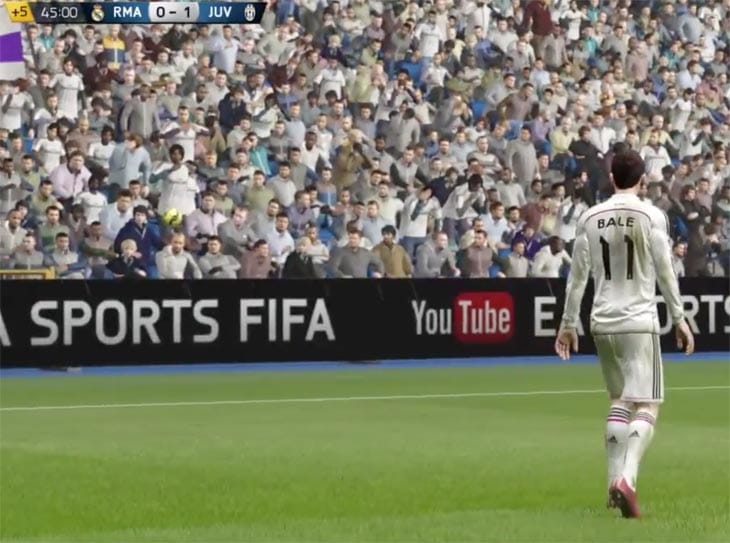 Personally, we are expecting Real Madrid to win 2-1. If you are new to the Match Day feature in FIFA 15 and think the starting line-up is a bit strange, then this is due to the players not always being correct with these video game simulations. You should also note that the gameplay isn’t in English, although this doesn’t matter if you’re looking to just watch the game play out on PS4.

Have you seen and taken part in this featured game on PlayStation, Xbox, or PC? Also, who do you predict will win between Real Madrid and Juventus in this Champions League game?