Xiaomi are churning out new smartphones at a staggering pace onto various markets and this week has seen the official launch of the Pocophone F1 over in India.

This phone is gaining notable attention, for the fact that it is now one of the cheapest Snapdragon 845 handsets on the market, as it’s available for just 20,999 rupees which works out around $300 USD. 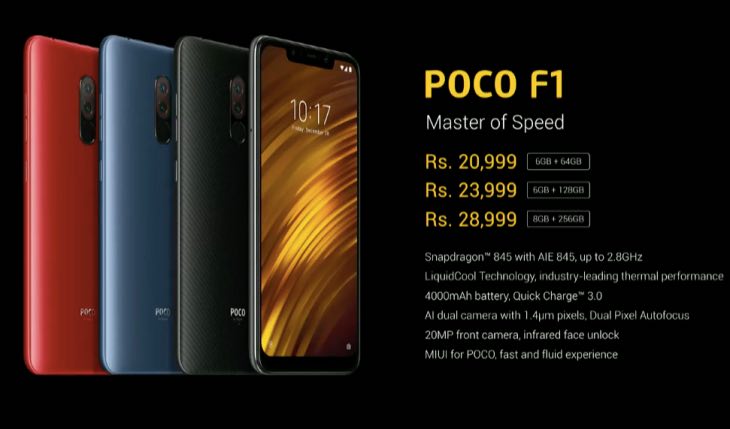 It runs on Android 8.1 Oreo with a confirmed update to Android Pie on the way and has nice extras on top such as Liquid Cooling, Face unlock and Quick Charge 3.0.

Right now, it’s available in India but launches for France, Hong Kong and Indonesia are scheduled for August 27.

Would you like to get your hands on one and live in the UK or USA? Let us know your thoughts on this new Xiaomi spin-off and we’ll keep you updated when it becomes available in your country.