MWC is almost over for another year, and we can safely say that the year of the tablet is finally here. There were so many brands showing off a tablet device, even HTC — so where was Sony? Well they did not have one on show, but we have just learned the news that they are working on the PlayStation S1 Gaming Tablet. If we could describe this in any way, then it would have to be called the gamers iPad.

This is not the first time that such a rumor has circulated across the Internet, but as they now have a PS phone called the Sony Ericsson Xperia Play, then why not a tablet right? According to Engadget there will be two devices, both of which is to run on Android 3.0 Honeycomb. It was obvious that Sony would work with Google on the software, as they have never been able to master that side of things. However, we cannot say the same about hardware.

Having said that, Sony will still have to work on a custom UI, and there have been suggestions that it is even an improvement than what the Apple iPad has to offer. Looking at the drawing it is a bit hard to grasp its design, but there seems to be a natural curve on the rear, so there is not need for a stand, as the S1 tablet will be able to rest upwards on a table on its own. 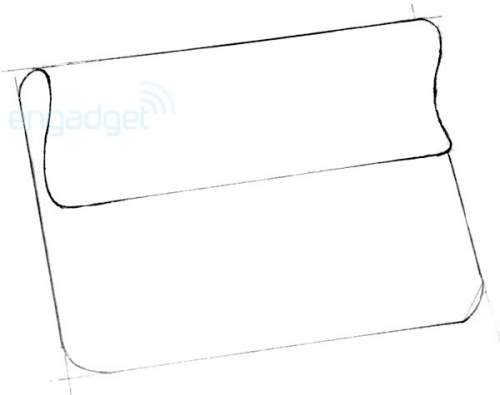 There are only details for one of the tablets for the moment, and that will come with a 9.4-inch capacitive touchscreen and is powered by a Tegra 2 processor. As you would expect there will be a front and rear-facing camera, which could be used in a number of games later. Speaking of games, it is not certain how these will be made available — maybe there will be a special apps section on PSN?

TechRadar is not too optimistic on its price tag of $599 (£372), as it seems a little cheap for such a powerful tablet gaming devices. Do you think that the Sony PlayStation S1 Gaming Tablet exists, and is it the answer to the iPad for gamers?