We have some pretty important news for those of you who are definitely looking to pick up the Sony Ericsson PlayStation phone next year, as a benchmark video has been captured, but the results are far from overwhelming.

Engadget has been sent a new high quality video of the device by an unnamed source, and it shows the PlayStation Phone running some benchmark software called NeoCore, an application provided by Qualcomm.

While the video itself isn’t anything special, the ending result is what is important here, as the ‘Zeus Z1′ device was shown to be running at 24.4 FPS – which you would agree is hardly amazing, compared to other smartphones on the market. This is a PlayStation gaming device right?

Engadget calm worries by reminding us that this is still a prototype model of the PS Phone, and the software itself is probably not at it’s final version, but what are your thoughts on this? 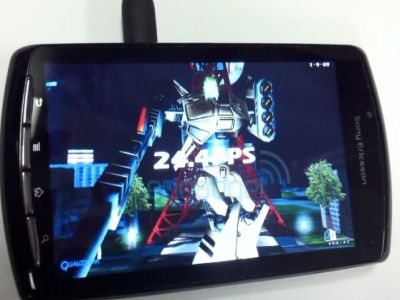 Would you still get the PlayStation phone even if it could only run at 30fps max? The Nexus S performs at over 50fps according to Engadget, and it has also been confirmed via this video, that the upcoming HTC Merge performs pretty well too, higher than 24.4FPS anyway.

Is this a concern for you, or are you more interested in seeing tests on final hardware, rather than a prototype model? We’ll let you know when we have more information for you regarding this.