Those who are looking forward to using the PlayStation Now service on PS4 to play PS3 and PS2 games, may want to pay attention. It appears that PS Now prices have been made public from the beta, prices which a lot of consumers are not going to be happy paying for.

The PlayStation Now release date on PS4 is scheduled for July 31 2014, but we have a feeling that Sony may need further testing time. Those who are currently participating in the beta have been shocked to find out that they are now being charged to beta test Sony’s new service.

It almost defeats the objective of why Sony are asking for feedback on PS Now in the first place, but screenshots released from the beta do not lie and neither do the somewhat scary prices that Sony are going to be asking you to pay.

As far as we’re aware, PlayStation Now game prices will cost from $2.99 all the way up to $19.99. We can show you evidence of this with the images shown above and below. In the first example you can see that Deus Ex:Human Revoluion is priced at $4.99 for just 4 hours of rental duration. 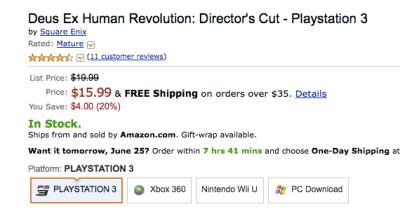 This is even more bizarre when we show you that Amazon are selling the same game, even the Director’s Cut with additional content for $15.99 – the standard version on PS Now is $29.99.

Compare that again to the prices that Amazon are offering for the game (only $17!) and you’ll start to see that something doesn’t make sense here. We’re well aware that this is a beta, but Sony has even pointed out potential prices on their PS Now FAQ, which suggest that they may have already decided their price points. 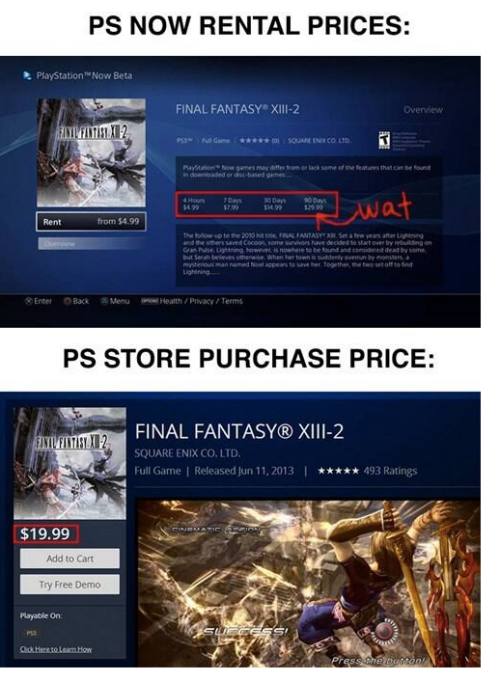 It goes without saying that many consumers seeing these prices will not want to pay the amounts that are listed on the PS Store via PS Now, when other retailers such as Amazon are offering significantly lower prices.

Give us your reaction to this after so much positive hype for PlayStation Now. Does seeing these prices effectively kill that hype for you, especially if they become fixed this Summer?