Sony has finally dropped solid details on when UK gamers can expect to get their hands on PlayStation Now, the rental-based game service which has so far only been exclusive to those in the US.

Starting from Spring this year though, Sony says that they will open up PS Now to UK gamers and that PS Plus subscribers will be given first priority.

Remember that if you are selected for the beta, you won’t have to pay anything to test the games – so it’s well worth heading to the PS Now UK sign-up page that has just been set up by Sony. 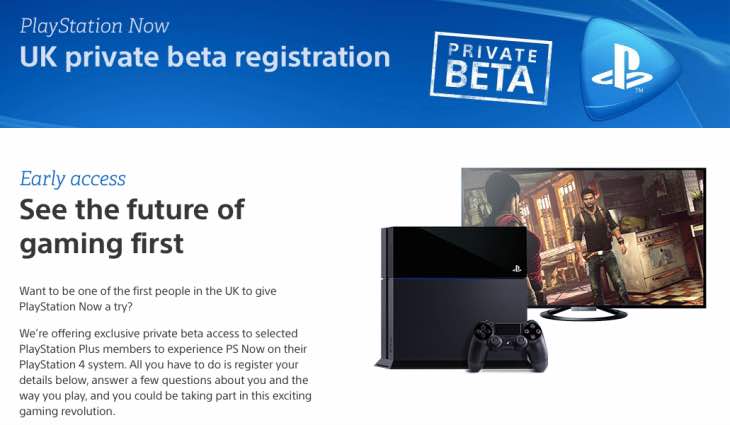 Games on offer will include PS3 titles such as The Last of Us, Uncharted 2 Among Thieves, God of War Ascension and the Walking Dead – Sony will be adding much more titles as the beta progresses.

Before the beta trial ends, there will be the option to pay for games – so that gamers are fully aware of the implications involved when PS Now rolls out permanently to the UK.

There’s nothing to lose so head to the link above and fill out the form for a chance to enter. It’s good for UK gamers obviously, but are you in a country where you are still waiting to hear PS Now news?

To those willing to pay for PS3 game streaming on PS4, what price is your maximum for a top game – considering that there has been some criticism of pricing in the US?