The future is looking bright for the PlayStation move as compatibility is moving towards games like Killzone 3 and other FPS’s. The PlayStation Sharpshooter is an innovative way of bringing the old arcade style into your home and I have to say it looks impressive when working with the screen. 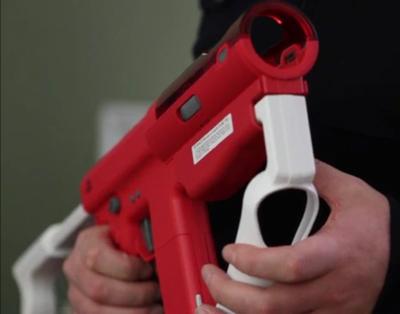 We have spoken to your previously about a couple of different games for the PlayStation Move like Kung-Fu and a Lightsaber perhaps being released. Now we have a little treat for you, at the bottom of this article is a video of Killzone 3 being played using the Sharpshooter, we picked the video up from Josh Hood’s article over at thesixthaxis.com. There have also been a few other designs although they are named differently, below is an assault rifle style which looks nice. 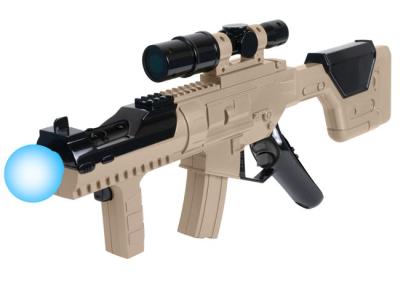 Killzone 3 is one of the most anticipated game releases that will be hitting the PS3 and we have already told you that Killzone has confirmed split screen online multiplayer but what I am wondering is if you can have 2 players on the same screen using split screen online play and 2 sharpshooters? That would be pretty awesome right? I especially like the way that you have to reload and the additional buttons on the Sharpshooter. If you want to learn a little more about the Sharpshooter then head over to Sony’s official page for it here.

After watching the clip below and taking all things into consideration, do you think that the Sharpshooter will make Killzone 3 any better? Would it make you want to play the game being more involved physically? Let us know your thoughts in the comments below.