This is our first impressions with PlayStation Move for PS3, and one thing that hit us right away within 15 minutes of gameplay was PS Move, and the controllers were a true Nintendo Wii beater.

Having played the Wii since release and knowing that it is the most successful games system to combine fitness and gaming, we knew the Wii system would be hard to beat. The PS3 has something for everyone, be it watching Blu-ray movies, playing the latest games, and now working out while gaming at the same time.

Sony had to bring something that could attract the hardcore gamer, and we believe PlayStation Move is that accessory. Our six hour hands-on was started with excitement and skepticism, Sony had a lot to live up to if this was the system to compete with Wii games that continue to top sales charts. 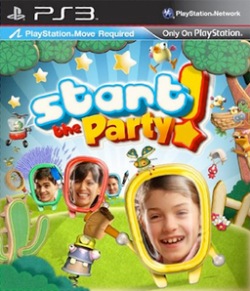 Our first game had to be ‘Start the Party’, this is something kids and adults can enjoy at the same time, one game that will bring all the family together including grandparents. The mini games vary, from cutting hair to painting and each has three settings for level difficulties.

PS3’s Move is great hardware, but you will need good software to back it up and ‘Start the Party’ is a launch title that does just that, watching my children and their grandparents play the game together was magic, and the best way to review this software, something other review sites forget to do in their tests for ‘family’ software. The smiles showed Sony knew what they were doing with ‘Move’. Technically the PS Move controller and camera combination lets the player do things the Wii could only dream about, it’s more sensitive and allows for added gameplay not possible on the Wii platform. 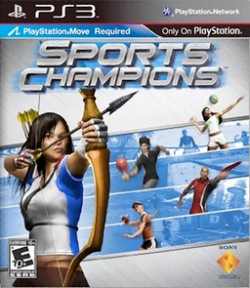 Sports Champions was the next game we tried and table tennis had to be the first game. After a tutorial and controller calibration we were ready to go, one motion controller each and one side of the screen each. Holding the table tennis bat was impressive, just moving it a centimeter was picked up by the game, and moving it in any direction slow or fast showed amazing response with no lag. Working out what way to stand for different hitting came after a few goes, natural table tennis players will feel right at home.

The second game we tried was archery, and having just played the real thing for a few hours a few weeks ago, I was not expecting great things. In this game we chose to use two motion controllers for one person (where the expense comes in). This allowed for true gameplay, just like the real thing. It was like I was standing in the field the other week, after taking an arrow from the bag on my shoulder with my right hand, I loaded it with two hands, pulled back the string for 100% power and took my time just as taught. After aiming with my left hand for a few moments I let go of the ‘T’ button in my right hand to send the arrow just off target. This game really shows you what’s possible with PS Move. 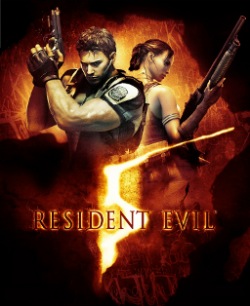 Other games played included ‘Kung Fu Rider’, which was too like an arcade game for my liking but will be loved by some people. Resident Evil 5: Gold Edition was much more involved and took some time to get used to the controls, and certainly not one for the kids. After some practice this showed a game with graphics not possible on a Wii, and controls that took things that much further. After an hour of game time I decided that a normal controller far suited this game, which may not be the case for everyone.

This is our first impressions of PS Move, the hardware has launch titles that offer something for everyone, but it’s still early days and we’re sure much better games are to come. Next game we’re playing is ‘Racquet Sports’.

Have you had time with PlayStation Move yet? What are your first impressions? If we had to rate PS Move overall, it would get 9/10. Lacking only in game choice at this time.