If you’re still undecided on whether or not you’ll be buying a copy of the upcoming action-adventure title PlayStation Move Heroes when it arrives, then I think we have news that might just make your mind up. Not only have we got confirmation of a release date, but also information on the pre-order bonus.

According to Andrew Yoon over at joystiq.com, the PlayStation Move Heroes game will be arriving on March 22nd. If you pre-order the game from GameStop or Amazon you will unlock a special skin pack, which includes Trillium Armor Ratchet, Freedom League Jak and a Pirate Sly Cooper. 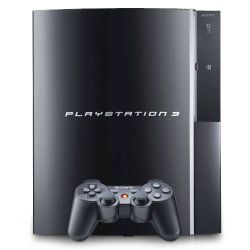 When we first brought you screenshots for the upcoming PlayStation 3 game back in December last year, there wasn’t that much information about the game. However, that now appears to have changed and according to Lorenzo Winfrey over at zoknowsgaming.com, a few more details are now available.

For example, PlayStation Move Heroes isn’t just any old smash-em-up game, and does have a real story behind it. The basic story is that a mysterious alien duo has snatched complete chunks from the worlds of Jak & Daxter, Sly Cooper and Bentley and Ratchet and Clank, in order to create a new planet.

It is then of course up to the game’s characters to join forces and protect the galaxy. The key features of the PlayStation Move Heroes title includes online PlayStation Network leaderboards, two player co-op gameplay and the ability to earn gold, silver or bronze medals for completing challenges.

Are you looking forward to the PlayStation Move Heroes game?