We have some exciting news now for those of you waiting for the much-anticipated PlayStation Move Heroes (previously known as Heroes on the Move) game to arrive, as Sony has just announced a bundle for Nihilistic Software’s action-adventure title.

There is a bit of disappointing news however, as it appears the PlayStation Move Heroes bundle will be sold exclusively in North America. According to a recent article by Stephany Nunneley over at vg247.com, the bundle will be available at Toys “R” Us stores at a price of $99.99. 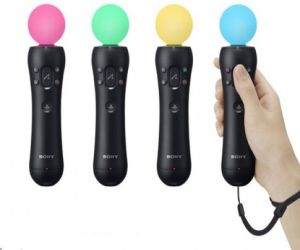 If that news isn’t quite enough for you, then you might be pleased to know that a demo will also be arriving pretty soon. According to Debabrata Nath at gamingbolt.com, Cristian Cardona of the PS Blog said that more details on the planned demo would be arriving in February.

Don’t worry if you haven’t managed to watch a gameplay video for the PlayStation Move Heroes game yet, as there is one available via the YouTube link here. What do you think about the upcoming game? Will you be picking up a copy?