We reported to you last month that Microsoft will be bringing PC support for the Kinect sometime in the future. Now Sony may be doing something similar with its Move motion controller according to reports.

T3 are reporting that Sony is set to take the stage at the upcoming GDC 2011 event and reveal the Move server. This is a set of drivers that would allow Playstation Move controllers to be compatible with a PC.

A statement says that a new Move Server project will be discussed which will allow “academics and hobbyists to develop software using the PlayStation Move controller on their own PCs.”

This could see developers making PC games that will be compatible with the PlayStation Move if Sony is prepared to allow it. See the GDC 2011 Schedule Builder here. 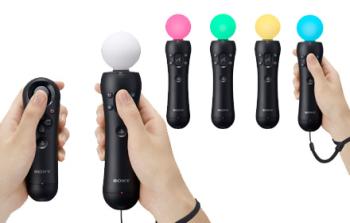 Meanwhile Don Reisinger over at Cnet, is reporting that an analyst is suggesting that we could see a price drop on all consoles this year. Due to the Xbox 360 success last year, the analyst Michael Pachter suggests that Microsoft “is in the driver’s seat” for any price cuts.

Any price drop though will only come if Microsoft see’s any sales declines, and Pachter thinks Microsoft may drop the Kinect 250GB 360 bundle from $399.99 to $299. This will than lead to Sony lowering the price of its lower the price of its Move bundles.

Would you like to see the PlayStation Move used for PC games?