In what is likely to be a connection to the upcoming PlayStation Phone, Sony has just unveiled the official PlayStation Application which is coming soon to Android and the iPhone.

However, while the features they announced for the App are nice, we couldn’t help but feel slightly disappointed that more PSN related features won’t be available straight away.

If you think ‘PlayStation App’ for mobile devices, the first thing that springs to mind, is the ability to sign into the PS Store to make purchases on the move – sadly this isn’t the case though.

While Sony confirm that you’ll be able to check to see which friends are online, you won’t be able to perform more useful things like buy items, or queue up downloads whilst away from home, ready to play when you’re back in front of your PS3.

Another disappointing feature which has been left out is the ability to send and receive messages from your PSN account. We’re guessing that this particular function wouldn’t be too difficult to implement so that alone is a bit of a head scratcher. 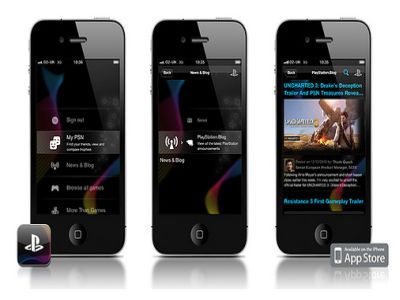 No sign of remote play, no streaming features either – which again may frustrate you. We would love to be able to use this App to watch movies or listen to music directly from the PS3 hard drive, while we’re sure Android users would want a simple Bluetooth plug-in to be able to control the PS3 XMB using the PS App on Android.

Those are the main features that we think have been left out – do you have any more? One thing to point out though, is that this App is only the first build, meaning that these features may well make an appearance in the App in future versions.