The PlayStation App 2.0 update has finally received a release date and it’s under 24 hours away. While the Android, iPhone, and iPad version hasn’t updated in almost 3 months, this will all change tomorrow on PS4’s 2.0 update day to support new features.

Not only did Sony share news about a new PS Vita/TV update, but they will also release an update for their PlayStation App to make all services work in harmony. Version 2.0 will release on Android and iOS tomorrow, but it’s unclear exactly what the update time will be and if either platform will see the software first. 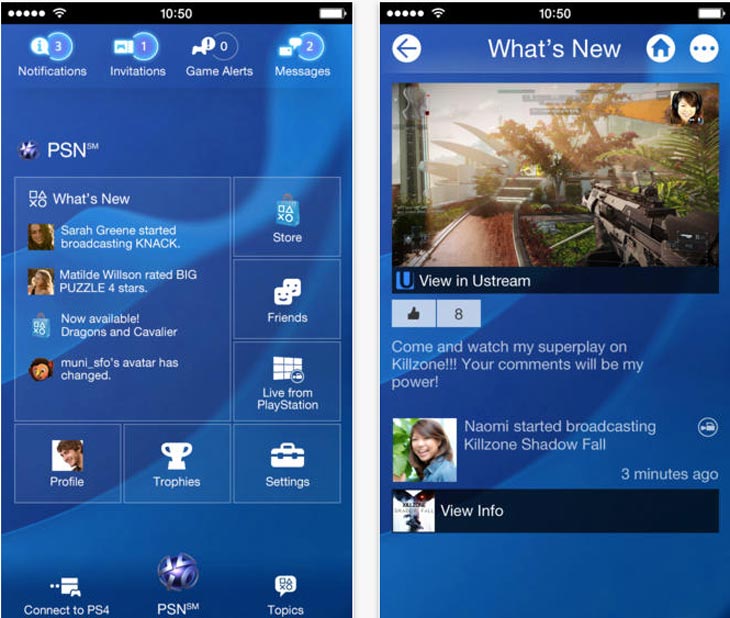 The PS App 2.0 update – you will need to install this update if you want to use some of the new features coming to the PS4 2.0 update. The new PlayStation App will come with a new layout for iPad and Android tablets, a redesigned home screen, and much more.

Sony has seen some amazing sales success with the PS4 within its first year, and the PS4 2.0 update will enhance the operating system and make other PS devices work even better with the latest console. You can see insight into the full PS4 2.0 feature list within this article.

Right now, both Android and iOS versions are at 1.70.50/1. The PlayStation 2.0 app update will be live on October 28th, along with a full changelog on Google play and iTunes. Are there any current issues with the app, which you would like to see fixed tomorrow?