We’re going to take some time out from playing the impressive PlayStation All-Stars Battle Royale beta to tell you about an exciting new character addition for the game that is due out in November exclusively on PS3 and PS Vita.

Unfortunately though, the suspense may have been killed already as just like Dante before, the new character is someone who had already been revealed due to prior leaks which now look to have been legit all along.

Still though, you’ll be pleased to hear again that Raiden from Metal Gear Solid fame is coming to the game and we have a detailed gameplay video for you to check out, showing off his move set and supers in the game. Developers Superbot have attempted to model Raiden from his appearance in MGS: Rising as much as possible, including using the same button commands to perform special moves as seen in Rising as well. 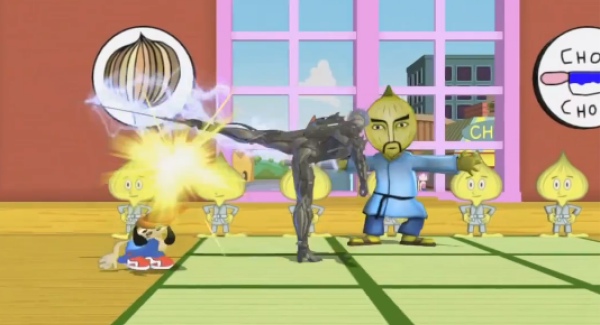 The video also gives you a glimpse of his unique level 3 super, and we can tell you that for this move he will lock the other three opponents inside boxes for a period of time, allowing Raiden to score a couple of easy kills. Just like in Metal Gear Solid Rising, Raiden will also be very skilled at launching the opponent in the air and performing a series of air combos – he’ll be able to do this in PlayStation All-Stars to more than one opponent at the same time.

We think the only character that fans really want to see next is Crash Bandicoot and we have a feeling that Superbot may be saving him until last. The fact that Activision now owns the rights to Crash may be a reason why we haven’t seen him yet, but PlayStation All-Stars releasing without Crash would be seen as a travesty in all honesty so it needs to happen.

How does Raiden look to you in-game? Don’t forget Solid Snake is coming too at some point, so look out for a gameplay reveal on that as well. Are you enjoying the closed beta?