Playerunknown’s Battlegrounds players are in for a treat, with the upcoming PC update 1.0 that will add two new weapons into the game which many will agree are well overdue.

We haven’t seen any new weapons arrive in the game for a long time but now you’ll be getting the DP-28 light machine gun and also the AUG A3 assault rifle.

Those on the Test Build can already preview these weapons, but here is what you have to look forward to as images of both models have already been released.

The DP-28 has a 47-round pan magazine for 7.62mm and can be attached with a 4x scope and sights to take out enemies from a distance. A low firing rate will make up for high damage and we have a feeling it could be the new weapon of choice for a lot of you. 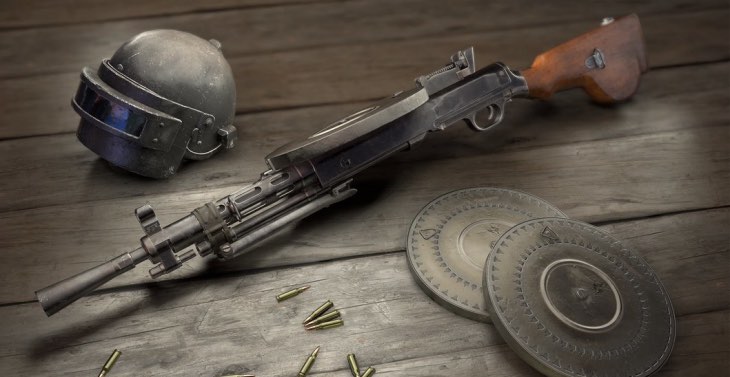 The AUG A3 meanwhile is exclusive to care packages and most of you will know it as the Bullpup rifle which has a high rate of fire and low recoil.

Look forward to seeing these rollout into the full version of the game soon, but give us your thoughts on both below. What new weapons are you hoping to see added next into PUBG?