If you’ve downloaded and played the ‘ilomilo’ game on your Windows Phone 7 device, you might be pleased to know that it’s now available to play on the Xbox 360 games console. Although a release date was never given, the official Ilomilo website features a “super secret” access code.

According to a recent article by Ben Gilbert over at joystiq.com, a “super secret” access page over at the developer’s website provides users with an Xbox Live code, which then gives them access to a free trial version of the adorable WP7 puzzle game. 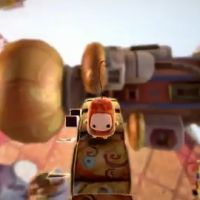 Once you have downloaded and played the trial version of ‘ilomilo,’ you will then have the option of buying the full game. As long as you don’t mind forking out 800 Microsoft points that is. The aim of the game is to reunite Ilo and Milo, who are both at opposite sides of the level.

Have you played the ‘Ilomilo’ game yet? If so, will you be trying it out and purchasing it on your Xbox 360 console?