Have you ever played and enjoyed the classic game of snake? Now you can get the game but with a fresh look for modern mobile devices thanks to a recent update. Snake Classic 2.0 is available free of charge for owners of the iPhone, iPad, and iPod Touch.

Released by Chicago based Zing! Apps, LLC the app still has the great game play of the original game, but has an array of new features including a Global Leader Board, Facebook and Twitter integration. First found in the early 90s on Nokia phones, it has now been brought up to date for smartphones of today.

Some of the features include classic or extreme game modes, responsive touchscreen game play, four fields and five speed levels, and the ability to customize wallpapers and snake colors. 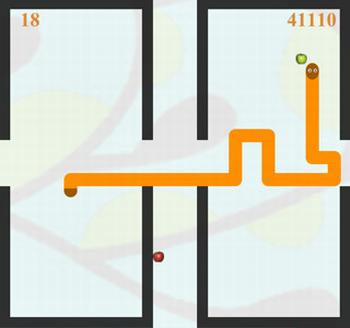 Snake Classic 2.0 is available free of charge on the App Store. iOS 3.0 or later required.