When the PixelJunk Shooter 2 video game — the sequel to last year’s popular release — was first announced, there was little information about the upcoming title. However, we can now bring you a few more details, including a trailer and a few screenshots.

According to Adam Wolfe over at playstationlifestyle.net, Dylan Cuthbert, the Executive Producer and President at Q-Games, stopped by the US PS Blog for a chat recently and revealed a little more information about the much-awaited PS3 sequel.

As well as having a brand new trailer to watch and several screenshots to view (which can be seen via the blog.us.playstation.com website), we also know that the PixelJunk Shooter 2 game will feature three new worlds containing new puzzles, enemies and bosses. 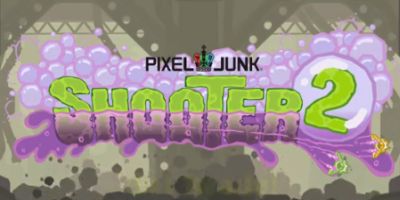 Cuthbert also revealed more information about the new online battle mode, which as many of you know is a first for the PixelJunk series. This mode is said to be a bit like a cat and mouse battle, with each player having to take turns as both the hunter and the hunted.

The game will also feature a unique league system that enables you to buy unique weapons with the money you earn, and take them into battle with you. Using the weapons and winning the game will then gain you access to higher leagues and of course, better weapons.

Did you download the original PixelJunk Shooter game? If so, will you be purchasing its sequel?