It never took long before we were inundated with early hands-on Pixel C reviews, which is Google’s newest tablet. However, this is very different to their tablets in the past and is similar to the Surface Pro 3 and the iPad Pro, which we will compare in another article. However, one thing is clear, this is considered to be the Nexus 10 replacement for 2015.

There had been so many requests for a new Nexus 10 hardware update for this year, although Google knew that it had to go down a different route because more companies were going with the hybrid 2-in-1 option rather than a traditional tablet. 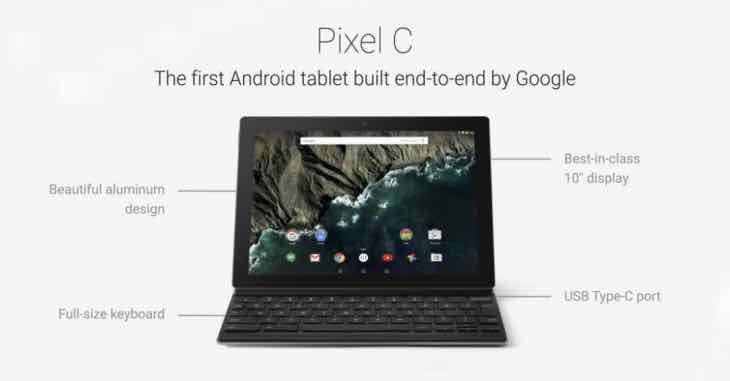 Ok, so we know this is not a Nexus device as such, but previous Pixel devices ran Chrome OS, so with the new Pixel C tablet running Android 6.0 Marshmallow, it does start to blur into the Nexus tablet lineup.

The Pixel C specs are not too bad, although the design might be a little clunky for some of you out there and would much rather one of the rival devices – cannot wait for Microsoft to unveil the Surface Pro 4. You get a 10.2-inch screen at 308ppi, and is powered by a NVIDIA X1 quad-core processor, along with a Maxwell-made GPU. There are two storage options, 32GB, 64GB, although we suspect there will be external storage options. As for RAM, you get 3GB, which is 1GB less than the iPad Pro.

Google is offering you two keyboard options, one in leather and the other aluminum. Prices will be $499 and $599 for the 32GB and 64GB options respectively. We don’t have a specific release date, but are told it will be before the Holiday Season.

Do you think the Pixel C is a worthy device to replace the Nexus 10?