The closure of both Putlocker and the Cartoon HD app upset those that enjoy a freebie with movies, although it shouldn’t surprise you that such services will be taken down thanks to the fact most people know they’re wrong.

Since the Cartoon HD app started crashing and users found out it was closed, they’ve been trying to find out who is behind Cartoon HD and why it got shut down? Today, we have a few answers for Product Reviews readers. 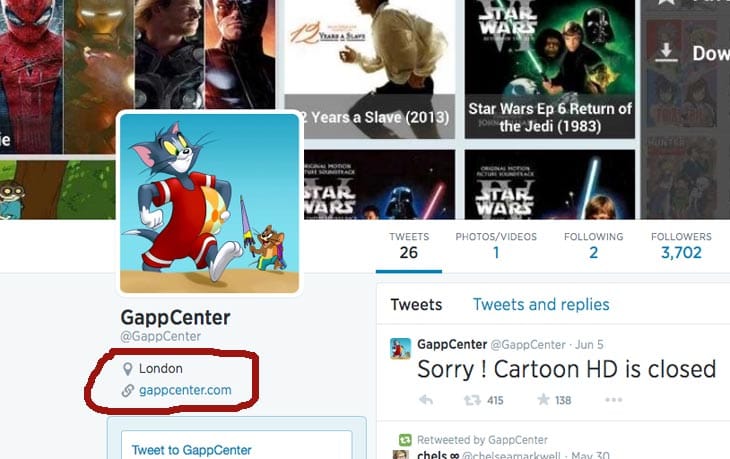 If you take a look at the GappCenter Twitter account you’ll notice their location is set to London and it’s no secret that most of the people using the Cartoon HD app were in the UK. The Putlocker domain was also a UK .biz, again pointing to ties with the UK and while we are only speculating here, there’s a clear indication that both of these free movie streaming websites had ties to the UK/London.

The Police Intellectual Property Crime Unit – you can see an article on the UK’s official PIPCU website, which is based in London and recently explained they issued an order with the “closure of several major copyright infringing websites”. The initiative is named “Operation Creative”, and we have every reason to believe this was in some part connected to Putlocker and Cartoon HD being closed down.

While this is just speculation, take a look at the PIPCU article through the link above and let us know your thoughts in the comments. This is something you should expect to continue with so many movie studios losing money through illegal websites offering copyrighted material.

We also heard Twitter users talking about a possible new Cartoon HD app by Gappcenter, again just rumors, but you can count on any such release being taken down pretty quickly by the UK or other world governments if it ever happens.