If you are one of the few that were hoping that Mojang would let slip about the Minecraft PE 0.12.0 release time, then you had best think again, especially for those that feel this could be the Minecraft Pocket Edition July, 2015 update. We know that this version has been confirmed, but it will not be released anytime soon, seeing as though the last big update only came earlier this month.

Pinpointing when Minecraft PE 0.12.0 update will be released — The current version is 0.11.1, and we highly doubt that 0.11.2 will be next, as this is the Windows Phone build, and so Mojang might skip ahead to 0.11.3 for Android and iOS. 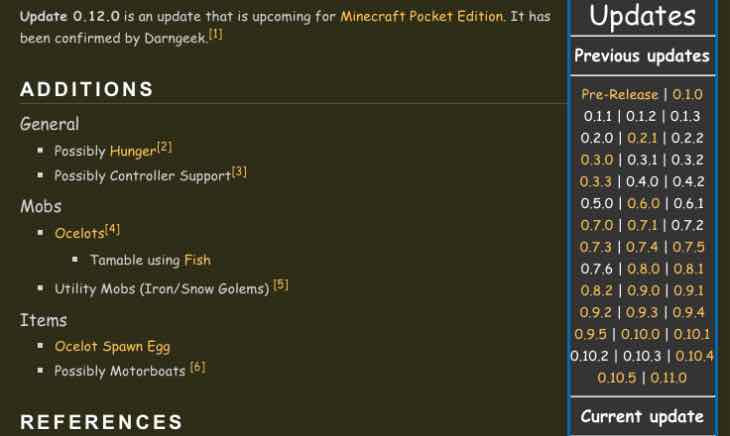 If we are to go on that, then we do not expect to see Minecraft Pocket Edition version 0.12.0 until January 2016. Having said that, there is a minor issue, as 0.9.0 was released in July 2014, so just four months before its other big update.

Taking that into account, 0.12.0 could be released in November, and so we will just have to play the waiting game until Mojang offers some insight.

For those that are interested to see what the next big Minecraft PE update has to offer in terms of features and improvements, then please watch the video below, or visit minecraftpocketedition.com.