There have been misleading reports that the Pie Face game has been recalled, due to the fact it is out of stock at the likes of Asda, Argos, B&M, Tesco and Toys R Us. However, B&M has said that claims of a Pie Face recall are false.

We can understand why people would have come up with this assumption, especially after seeing a recall notice being pinned up at stores. However, B&M said they are unaware where this had came from, as it has been sent around to staff at B&M stores.

Update: The Pie Face game has now been withdrawn from sale at B&M stores, as a direct result from a request from their supplier because of a licencing/branding issue. The store has said on their Twitter page that there are no safety issues, and no recall has been issued. However, we do know that some stores had counterfeit Pie Face games, so maybe that has something to do with it?

Hasbro has been concerned with some Pie Face games because they have been known to be counterfeit, and and will cause parents to worry because of their children using them. These have now been withdrawn, and if you have any concerns then you will need to contact Hasbro customer service on 00800 22 42 72 76 or call B&M on 0151 728 5400. 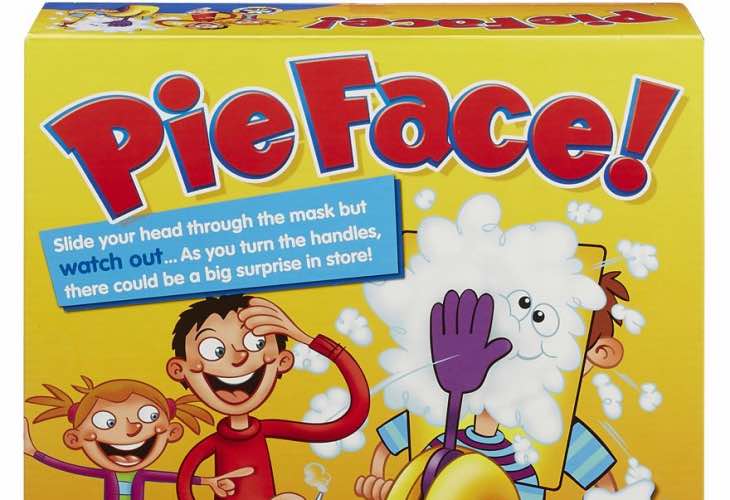 It is very strange why a recall notice was sent out to B&M staff, and also the fact that you are unable to purchase the game from anywhere.

We have looked at all the big retailers, such as those mentioned above, along with The Entertainer and direct on the Hasbro website.

For those of you that are still eager, then you can buy Pie Face on Amazon or eBay, although be aware that resellers are aware that this game is very hard to come by, and so have been sticking a premium on its selling price.