The Photomath Android app release date has been hunted over the past few days since it has gained in popularity on iOS and Windows Phone, although no date has been set. We do find it strange how Android users have been told they will have to wait until early 2015 before the Photomath app is released to that platform.

People have been confused and thought the Photo Math Solver app on the Google Play Store was the same app, but you can clearly see it is not.

What’s it all about? The Photomath app is described as an application to help children learn maths thanks to it making use of the phones camera. However, there is a concern that this could make the learning process too easy because it pretty much solves the math problem for you. 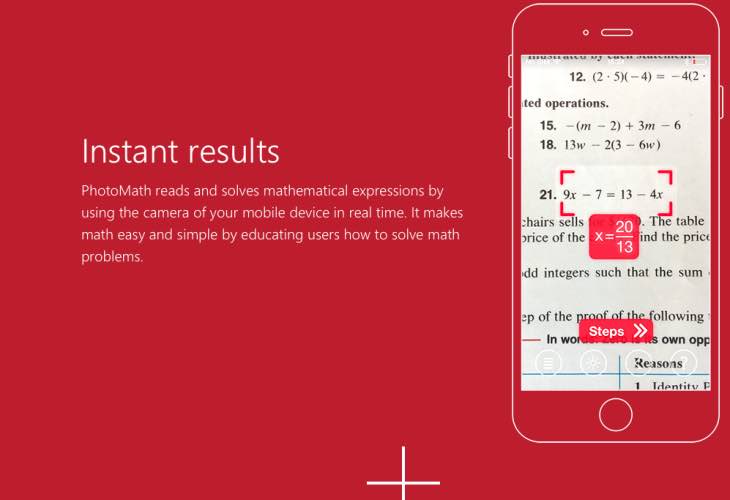 Some people would agree that while the app helps to solve a problem, it does not mean people using the app will take that information in, meaning it cannot be considered a learning tool, but rather one to make life easier, and the student lazy.

We have to wonder why students would be allowed to take a smartphone into an exam anyway, as this app could be a tool for cheating, I was not even allowed a calculator during my exam, although that was back in the 80s.

Where do you stand on the Photomath app debate, is it a good tool to use, or will it make people lazy when it comes to math equations?