We have some great news now for those of you that own a Windows Phone 7 mobile and are currently looking for a handy photo editing application, as the guys over at PhotoFunia have just released a trailer showing off the upcoming PhotoFunia app for WP7.

As CJ Lippstreu over at pocketnow.com recently reported, the PhotoFunia app — which has already been downloaded more than 250,000 times on the Google Android operating system — is a fun photo editing tool that provides various effects for altering your images.

Once users have uploaded a photo of themselves (or someone else), the app automatically identifies the face and edits it with the chosen effect. For example, the app enables you to put your face on a shopping center billboard, in a newspaper or even on the cover of a magazine. 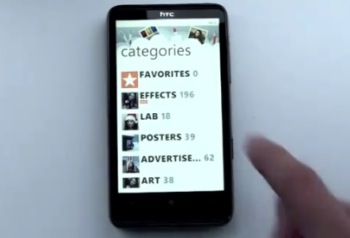 If users are feeling in an exceptionally silly mood however, then even have the choice of turning themselves into Marilyn Monroe, a Jedi Knight, Superman, an ice hockey player or a bodybuilder. The trailer describes the WP7 version of the app as the best variant yet.

You can read more about this application and view the list of effects you can use via the official photofunia.com website. The video can be viewed over at pocketnow.com. Will you download the PhotoFunia app for your Windows Phone 7 mobile?