The Phones 4u website is down today and it looks like it will be offline for a while during their financial problems. The Phones 4u company went into administration within the last 24 hours.

If you head to phones4u.co.uk, you’ll notice it’s not working and administration seems to be blamed on EE. Phones 4u say they “are offline” thanks to the “unexpected decision of EE and Vodafone”. This makes it clear they didn’t think both networks would withdraw supply, and at this time all you can do is use one of the support channels being offered on the website. 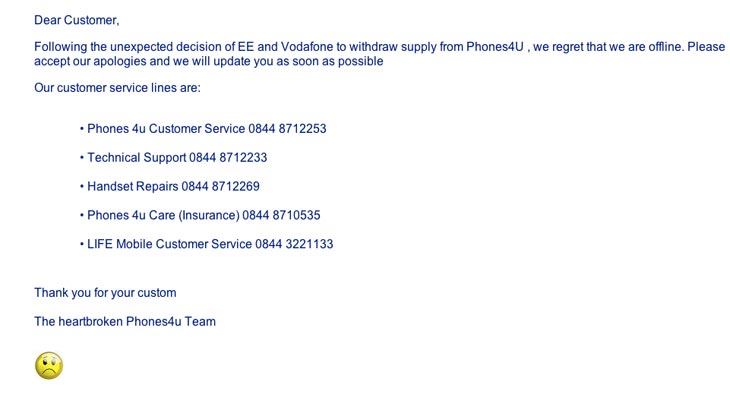 We’ve included a screenshot above that details the exact statement left by Phones 4u on their website. Expect the customer service numbers to be very busy today, especially considering most people will only be getting this news right now.

How has Phones 4u going into administration impacted your life?